END_OF_DOCUMENT_TOKEN_TO_BE_REPLACED

Oh, you knew I’d have to review this one. My head’s still spinning, but I’ll see what I can do. It’s my fault; I went to the theatre with the Ultrascreen across town, and everything was so huge! It was hard to read the credits, and some of the fight scenes left me reeling.

END_OF_DOCUMENT_TOKEN_TO_BE_REPLACED

I always try to avoid learning too much about a film before I see it. Reading other critics’ reviews is out — I’m the Movie Critic Next Door because I’m not a professional and I don’t know what I’m doing. Wait, that didn’t come out right. I mean I’m not supposed to sound like every other film critic out there… and, well, I’m pretty sure I’ve succeeded at that, for better or for worse.
END_OF_DOCUMENT_TOKEN_TO_BE_REPLACED 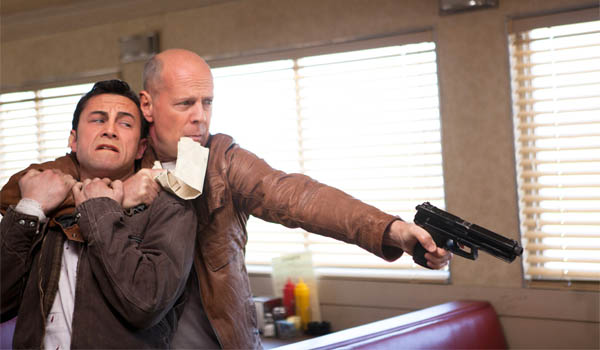 END_OF_DOCUMENT_TOKEN_TO_BE_REPLACED

First this movie was called Slusho, then it was called Cheese, and finally the production crew realized they needed a real title, so they ended up with Cloverfield… which still isn’t a real title, it having been used as a code name to disguise what they were working on, but it did certainly help add to the air of mystery while they were hyping it. People have been wondering what Cloverfield is supposed to mean for months, and what more could a moviemaker want? Well, maybe a Steadicam, but I suppose that wouldn’t have given quite the effect they were after.

END_OF_DOCUMENT_TOKEN_TO_BE_REPLACED

It’s only sort of a terrace, and there’s no lake around anywhere that I could see, but that’s the name of the place. And the movie isn’t actually the action-packed, how-will-they-survive thriller the previews imply, either. But Samuel L. Jackson lives on Lakeview Terrace with his teenage daughter and pre-teen son, his wife having died some years earlier. He’s an LA patrol officer, and he aims to keep his street clean if it kills you. Other than that, it seems like a nice place to live.

END_OF_DOCUMENT_TOKEN_TO_BE_REPLACED

It’s enemies plural because there are several of them — and you may even have heard of Pretty Boy Floyd, for instance, though you have to look fast to see him in this movie — but it’s really all about Public Enemy #1, of course, Mr. John Dillinger himself. You can tell he’s the important one, not to mention the charismatic one, because they got Johnny Depp to play him. (And let me just add here how incredibly relieved I am that they didn’t let Leonardo DiCaprio play him.
END_OF_DOCUMENT_TOKEN_TO_BE_REPLACED