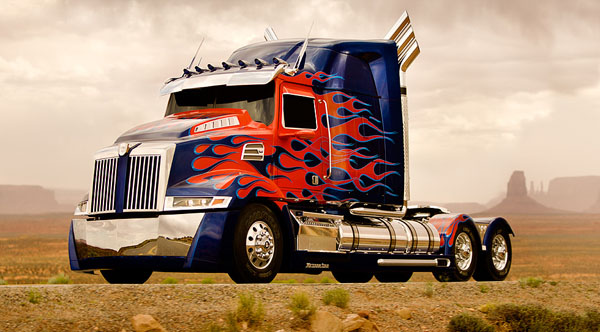 For some reason I was sure that this movie had already opened last weekend and I missed it. Well, not “missed”, exactly, more like “successfully avoided”. But then here it was, and I decided to risk it… then came within a centimeter of changing my mind when I realized that the run time was 165 minutes. Yes, that’s two hours and 45 minutes. That’s three minutes longer than Avatar, and I barely survived that.

For some reason I was sure that this movie had already opened last weekend and I missed it. Well, not “missed”, exactly, more like “successfully avoided”. But then here it was, and I decided to risk it… then came within a centimeter of changing my mind when I realized that the run time was 165 minutes. Yes, that’s two hours and 45 minutes. That’s three minutes longer than Avatar, and I barely survived that. And now I’ve barely survived this one, too, because I also had to deal with Mark Wahlberg along with those three extra minutes. I need chocolate.

All right, let’s see. First of all, they tried to make Mark Wahlberg (2 Guns) look smart by giving him a pair of glasses to wear occasionally. (Hint: It would take a lot more than a pair of glasses.) But he’s supposed to be an inventor named Cade Yeager, though he never invents anything that actually works and his house is about to be foreclosed on. He borrows money from his best friend Lucas (T.J. Miller, Cloverfield) to buy a beat up old semi truck and then announces that he’s found a Transformer. Except nobody likes Transformers of any kind since they wrecked half of Chicago in the last movie and the government now has a bounty out on them. Some new Transformer sort of thing has appeared, calling himself Lockdown, and he’s working with the government to collect them all like Pokemon.

Meanwhile, the nefarious Megatron has a plan to come back from the dead (because you know he has to) and Stanley Tucci of the Hunger Games movies, here playing Joshua Joyce, a much better inventor than Mark Wahlberg and also head of a company called KSI. He wants to use the nifty changing metal that Transformers are made of to create of a new, robotic U.S. Army. Also, he was one of the few reasons why I didn’t seriously consider leaving the theater after the second movie started, because his character was the only really interesting one. Did I mention that this movie is 165 minutes long? That’s because after the first movie wraps up about an hour and a half in, they remember a loose end and haul the entire cast to China so they can start all over again. And by the way, elevator doors apparently close really slowly in Hong Kong, or at least they do when it’s in the script.

I don’t know how anyone convinced Kelsey Grammer (X-Men: Days of Future Past) to be in this, but they did — I guess I can’t be too surprised, since he’s also in Expendables III, and that isn’t exactly going to be great cinema. Anyway, he’s Harold Attinger, a black ops CIA agent who’s a little obsessive about getting rid of those filthy metal aliens. All right, he’s completely obsessive, and perfectly willing to work with a different filthy metal alien if that will get rid of the original metal aliens faster. Titus Welliver (Red 2) plays his main muscle guy James Savoy, who has some particularly awful lines. When he shows up to search Mark Wahlberg’s house, Mark Wahlberg protests that he hasn’t got a warrant. So he glares at Mark and says, “My face is my warrant.” I know, I didn’t get it, either. If looking mean equals permission to barge into other people’s living rooms, I’ve got a co-worker who could get into any house in the world.

Oh, and there has to be a girl, of course; in this case Nicola Peltz (The Last Airbender), as Tessa, Mark Wahlberg’s daughter. I mean Cade’s daughter. Somehow Mark always seems to be playing himself. And then there’s the boyfriend that Tessa isn’t supposed to have (because she’s supposed to graduate from high school first), Shane (Jack Reynor), who’s mostly a plot point. He’s mainly there for when they need someone to drive dangerously, because he likes that. And there’s also Su Yueming (Bingbing Li, Resident Evil: Retribution), who apparently runs KSI’s division in China. One thing about these movies, they at least don’t have nothing but helpless, screaming female characters, so they’ve got that going for them.

So on the plus side, we have Stanley Tucci, reasonably good female role models for a change, and very good special effects. All right, the daughter wears shorts that are way too short, but she at least put on regular jeans by the end of the first movie. And if you’re talking too much about special effects it means something’s gone wrong somewhere. But Stanley Tucci! And there were scenes here and there that I liked, certainly. On the down side, 165 minutes. Looking back, most of that seems like it was fight scenes that went on too long, and that’s probably the biggest single thing that needed to be trimmed. Or they could just split it into two movies. I mean, they’re already planning yet another sequel anyway, so why couldn’t they have made it two sequels? And, well, I’m not a Mark Wahlberg fan, as you may have guessed even if you haven’t seen my review of Max Payne.

If you just want lots of fight scenes, you’re all set. Four out of five, easy. You hardly even have to pay attention to the plot, since there’s not a great deal of that anyway. Admittedly, all I know about the Transformers is what I figured out from the last movie, so the fact that I was frequently bored might not be all that significant… but I was frequently bored, so the best I can do is two and three-quarters out of five, and that’s pretty much all Stanley Tucci’s, because he stole every scene he was in without even trying. On the other hand, at least this was good training for getting through all those Avatar sequels they’re planning.