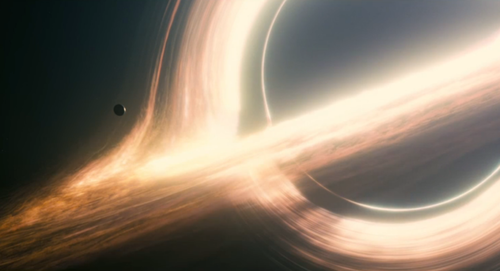 I admit, I was a little nervous about this one, partly because of the run time (169 minutes is a considerable length of time to sit in even the most comfy chair), and partly because the previews were pretty vague. It seemed like I might be heading for some sort of terrifying hybrid of Transformers and Skyline.

I admit, I was a little nervous about this one, partly because of the run time (169 minutes is a considerable length of time to sit in even the most comfy chair), and partly because the previews were pretty vague. It seemed like I might be heading for some sort of terrifying hybrid of Transformers and Skyline. But thankfully it was just about the exact opposite of that and I hardly noticed how long the movie was, though I admit I was still pretty glad when I was able to stand up again.

Anyway, the trailers were vague so as not to give away too many of the turns the story takes, so I’ll have to be careful myself. For one thing, there’s a great surprise guest star that’s so far been kept pretty secret as far as I can tell, and far be it from me to deprive anyone else of a pleasant surprise. And I like Matthew McConaughey (Dallas Buyer’s Club), who’s pretty good at seeming both laid-back and intense at the same time, which is exactly what’s needed here. This is the end of the world we’re dealing with, after all.

The world is ending slowly here, with humanity still reeling from a huge famine, trying to repopulate. Except various crops keep getting infected with some sort of terrible diseases, forcing farmers to burn infected fields. And nearly everyone is a farmer, as people struggle to produce enough food for even the relatively few survivors left, and the blights seem to be getting worse, not to mention the dust storms. Matthew McConaughey, here playing Cooper, was one of the last pilots NASA trained, but now he’s stuck struggling to raise corn and his two kids, Tom and Murph, with some help from his father-in-law Donald (John Lithgow, Rise of the Planet of the Apes). The kids are played first by Timothée Chalamet and Mackenzie Foy, respectively, and later by Casey Affleck (Tower Heist) and Jessica Chastain (Lawless). The movie covers a lot of time in more ways than one.

Michael Caine and Anne Hathaway, both of The Dark Knight Rises get to play a father and daughter team here, Professor Brand and Dr. Brand, respectively. They’re part of an underground (again in more ways than one) effort to save humanity. Refreshingly, they even have a Plan B in case Plan A fails dramatically, which you don’t always see in these global catastrophe movies. Usually people seem to prefer to rely solely on one complicated, long shot plan and then have to panic and improvise a lot when it falls apart.

There’s still plenty of panicking and improvising here, though, since that’s just what’s going to happen when you start dealing with any form of space travel. (See Gravity, which actually would have worked quite well as a title for this movie also.) Even a very small thing going wrong can end up having huge and horrible effects later on when you’re just about literally counting every breath.

They find a lot of improbable things out there, so I can’t vouch for any of the science. Mostly I just sort of accepted whatever they told me and enjoyed. Because it was a very good movie and I never once wondered if it was almost over so I could just go home already, and for that, it gets four and a half out of five. The music threatened to overwhelm the dialogue a few times, which was odd — I mean, yes, the soundtrack’s good and all, but being able to follow the conversations is a bit more important. And even as long as it was, there were a couple of places where it seemed like they skipped over some things, though never to the point where it got confusing. But go see for yourselves. Just remember to conserve your resources and be ready for the long haul, because it is an awful lot of sitting.