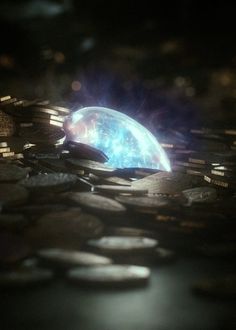 I’m wondering just how annoyed that guy I overheard after the first movie is, now that the trilogy is done and it’s pretty clear that they should have stuck with the original plan and made two movies instead of three. I hate to say it, I know people are enjoying them and all, but this installment in particular didn’t really do a whole lot for me.

I’m wondering just how annoyed that guy I overheard after the first movie is, now that the trilogy is done and it’s pretty clear that they should have stuck with the original plan and made two movies instead of three. I hate to say it, I know people are enjoying them and all, but this installment in particular didn’t really do a whole lot for me. And fair warning, there’s absolutely no attempt to remind anyone of any details despite the year-long gap between films, so refresh your memory before you go, and I’ll do what I can to help here.

The dwarves plus Bilbo (Martin Freeman, The World’s End) spend a good part of the film barricaded into their hard-won mountain, with Thorin (Richard Armitage, Captain America: The First Avenger) demanding that the priceless Arkenstone be found so that his triumph can be complete. He’s sounding more and more crazed, while Bilbo is more and more worried over the fact that he’s got the Arkenstone and is afraid to tell Thorin. Gandalf (Ian McKellan of X-men fame) is in need of rescue after being captured by Benedict Cumberbatch. I mean, the Necromancer. And Lake-Town is burning merrily down after being attacked by Smaug, who is also Benedict Cumberbatch. He’s just evil on top of evil.

Mostly there’s lots of fighting, since there are five entire armies to keep busy. In the book the five are elves, dwarves, humans, orcs and wargs, though I’m not sure the wargs should really count since they’re the sort of dog / boar-like things the orcs ride around on. In the movie they seem to count two separate groups of orcs as two armies even though they’re actually working together towards the same goal. I’m also not sure the humans really count as an army since they’re mostly the refugees from Lake-Town, some armed with shovels, pitchforks, and other improvised weapons, but whatever. You can tell I was a little bored during the movie because I had time to wonder about things like this. I’ve had much worse movie-going experiences, don’t get me wrong, but it felt like the movies had completely run out of steam by this point and it was only momentum keeping things going.

They also tried to throw in a little humor. Not a bad thing in and of itself, and I seem to recall there were some lighter, joking moments in the first two movies that worked fine, but here it almost all seemed to go wrong. Ryan Gage as Alfrid, for instance, the cowardly, fawning assistant to the Master of Lake-Town (Stephen Fry, Sherlock Holmes) is clearly supposed to be the comic relief, but every time he was on screen I just kind of sighed and waited patiently for him to go away again. Bilbo had a couple of good, dryly funny lines, so it wasn’t a total loss, but some of the things those poor actors had to say were just ridiculous. (“Your slip is showing”? Really?)

I suppose part of the problem is that I was hoping for another 4+ star movie and instead got something that’s only about three out of five — a perfectly respectable score, but nothing to get excited about, either. And the last movie of the three should really have been the most exciting. But the effects were iffy in places and somewhere along the way someone forgot to make sure that it was easy to tell the combatants apart, because there were times when I wasn’t sure if I was looking at an orc or a dwarf under all that armor. They solve that problem for the main group of dwarves by having them take off their armor before they head off to fight, which doesn’t exactly make them look like the sharpest tools in the shed. Also, nothing against Billy Connolly as Thorin’s cousin, Dain, but when he gave his rousing pre-battle speech all the tension completely drained out of the scene. Ah, well, maybe Into the Woods will pleasantly surprise me and we can end the year on a high note, no pun intended.