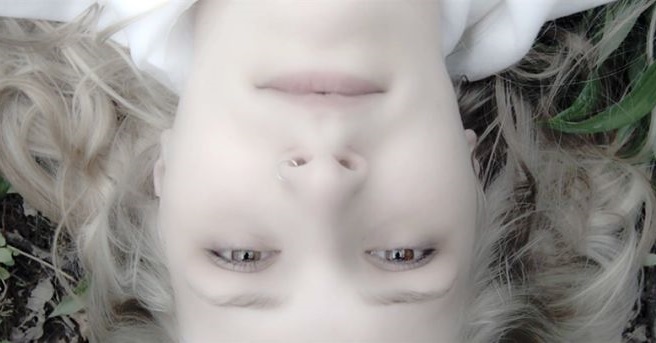 I was told this would be a tough thing to review, and now I know why. Feed the Black is rather like a music video might have looked if they had been made back in the days when ‘music’ meant live performers and ‘video’ was whatever you happened to be looking at.

I was told this would be a tough thing to review, and now I know why. Feed the Black is rather like a music video might have looked if they had been made back in the days when ‘music’ meant live performers and ‘video’ was whatever you happened to be looking at.

The music is very well done, which in this case isn’t the backhanded compliment it usually is for a movie. There’s a spoken prologue and a brief conversation at the end, but aside from that there’s no dialogue at all so the music has to do a lot more of the heavy lifting. Most of it is based on a little piece by Giuseppe Tartini called Violin Sonata in G minor, but it has a much more memorable nickname, The Devil’s Trill Sonata. Tartini claimed the piece was based on a dream he had where he made a pact with the Devil, who proceeded to play the most wonderful music the composer had ever heard, and this sonata was his attempt to reproduce the song.

There’s also a piece called Der Leiermann from Schubert, part of a group of songs called the Winterreise song cycle. Schubert must have been the emo king of his generation, because these are some of the most depressing lyrics you’ll ever hear. I’m starting to feel like the Music Critic Next Door. There is a plot, I promise. Tyler Berry plays Maurice, a young woman who’s just lost someone very dear to her. Yes, Maurice is generally a man’s name. This girl can’t catch a break. She also has a drug problem, and feeling utterly alone in the world, she overdoses.

Don’t worry, that isn’t the entire movie; this is just the point where things really start to get weird and very difficult to explain. There’s a warning at the beginning about photosensitive epilepsy, and they’re not kidding. Some scenes should not be looked at too closely regardless of whether you’re prone to seizures or not. It’s visually very interesting, but I was forced to look away now and then because it was a little too dazzling.

And just when I started to think I was clear as to what was going on, those last two minutes of dialogue happened and I wasn’t sure of anything anymore. If only it had been a 29 minute movie instead of 31 minutes. But frustrating as that last scene was, it at least kept me thinking about the film.

Three and a half out of five. It seems to fall a bit short of what the filmmakers were probably imagining, but it’s still an entertaining — if often puzzling — watch. About the best advice I can give you before you settle down to watch is to trust the opening narration. It’s there to help you through.