One ordinary Friday night, a man (Edward Akrout) enters a nice house in a nice neighborhood somewhere in England, and makes himself at home. There’s just one little problem: it isn’t his house. It belongs to a nice married couple, Alison and Tom (Megan Maczko and Matt Barber), who are extremely startled when he interrupts them during an intimate moment. But in Deadly Virtues what starts as a simple story of a home invasion takes several sharp turns along the way.

END_OF_DOCUMENT_TOKEN_TO_BE_REPLACED 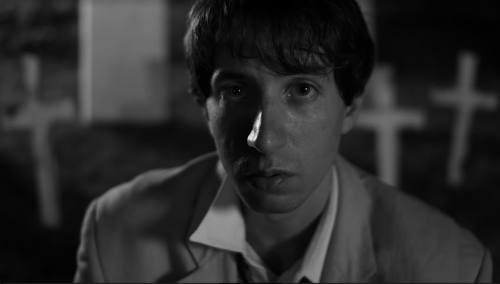 James (Anthony Malchar) has a few more problems than your average nerdy 20-something. He never knew his parents, having been raised by his now largely helpless grandmother (Renee), and he doesn’t have any friends. Photography is a bit of an obsession with him, including photographing graveyards. He often gets beaten up by Bobby (Adam Stordy). Of course he’s also madly in love with a pretty girl named Jane (Kimberely A Peterson), which isn’t a surprise for any 20-something, though the violent opposition from her father, Dale (Jeff Solomon), is a little unusual.

END_OF_DOCUMENT_TOKEN_TO_BE_REPLACED 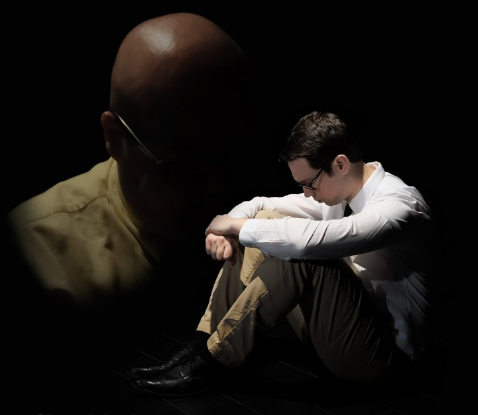 The trouble with waiting rooms is that you’re so often waiting for something bad. Maybe you’re there to see a dentist, to have a serious talk with your child’s teacher, or going on a job interview — which could potentially be good but is definitely going to be stressful. The people in the waiting room at the start of Quality Control have it even worse, though. They’re waiting to see if they’ll get to survive the day.

END_OF_DOCUMENT_TOKEN_TO_BE_REPLACED 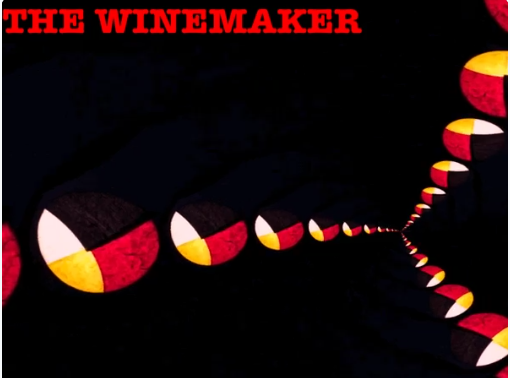 As a man walks the lonely halls of a winery, they soon become less lonely as he catches glimpses of two children. They seem perfectly at home, but it also seems as though they shouldn’t be in any of the places where they appear… and perhaps they aren’t in those places, not really.

END_OF_DOCUMENT_TOKEN_TO_BE_REPLACED 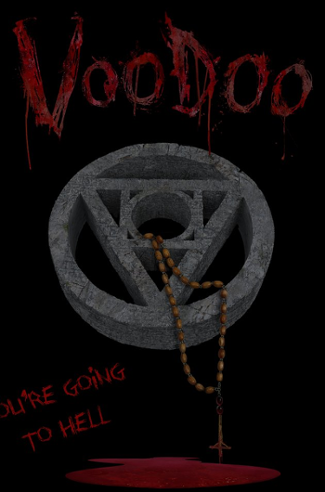 After a rough couple of years back home in New Orleans, Dani (Samantha Stewart) is taking a much-needed vacation in Los Angeles with her favorite cousin, Stacy (Ruth Reynolds). Stacy ran off to start a rock band, and now shares a house — a creepy house, according to Dani — with her fellow bandmates as they struggle to make it big. There’s Spencer and Trey (Dominic Matteucci and Daniel Kozul), but the bandmates are mostly interchangeable.

END_OF_DOCUMENT_TOKEN_TO_BE_REPLACED 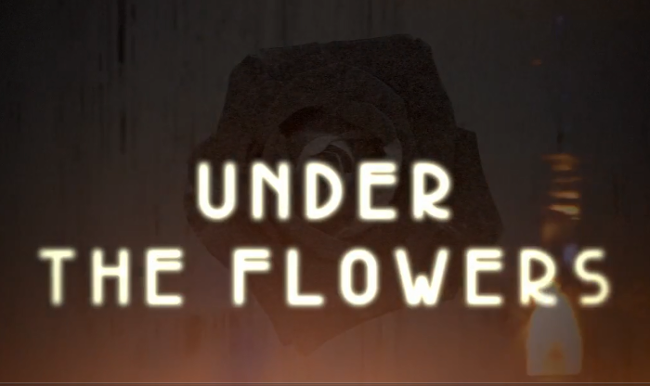 Jackie (Katie Stahl) has dropped out of college and doesn’t quite seem to know what to do with her life. Worse, she’s being plagued by a recurring dream that’s almost a nightmare. A young boy she doesn’t know (Jacob Wilner) beckons her to follow him across a little wooden bridge and down a wooded path, but she’s afraid to — fear always stops her before she reaches the bridge. Best friend Ella (Gabby Huggins) tells her not to get too worked up, but that’s easier said than done when Jackie starts seeing the same boy while she’s awake.
END_OF_DOCUMENT_TOKEN_TO_BE_REPLACED 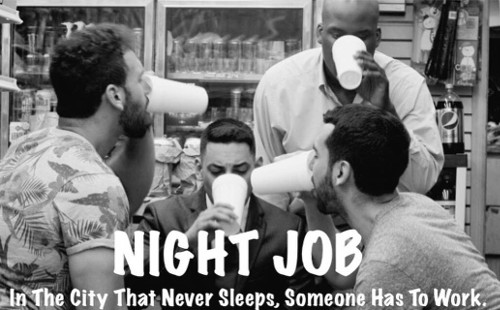 Things are starting to look up for James (Jason Torres). He’s had to take a break from college, but he’s just finished training for his new job, working as a doorman for a New York apartment building. As the title says, though, this is a night job, and he isn’t used to working the graveyard shift, plus he was called in at the last minute to cover for someone who was sick, so when he starts his shift he’s already been awake all day. And when the very first person you have to deal with is a priest (Robert Youngren) saying he’s there for the exorcism, you know you’re in for quite a night.

END_OF_DOCUMENT_TOKEN_TO_BE_REPLACED

It’s nice to be able to get away from it all once in a while. Teenager Danny Evans (Richard Pawulski) loves camping, for example, and in Cruel Summer he’s planning a camping weekend on his own as part of his Duke of Edinburgh Award. Everything has to be just so — he’s high-functioning, but he is autistic, and he puts a great deal of effort into being prepared for everything.