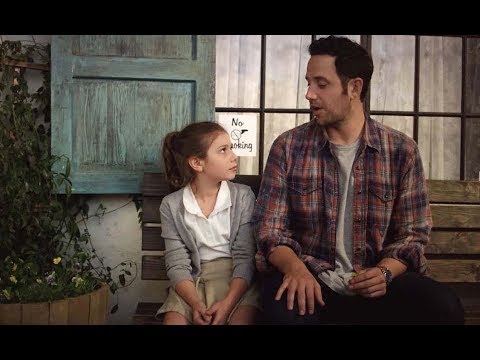 Adding financial issues to an emotional family disagreement is asking for trouble, which is why family businesses can be such tricky things sometimes. Just ask siblings Joel (Santino Fontana) and Stacey (Kristen Dalton, Jack Reacher) in Off the Menu, whose family business is the popular fast-food chain Tortilla Hut.
END_OF_DOCUMENT_TOKEN_TO_BE_REPLACED 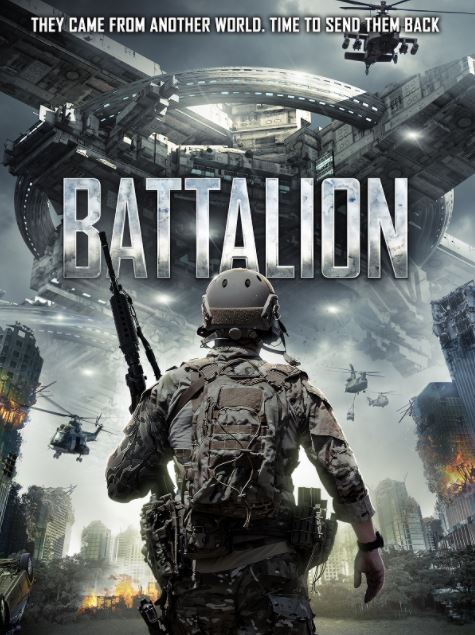 Like a lot of people, I kind of hope there are aliens out there somewhere that we might meet someday. Of course, considering how the movies usually portray meetings with aliens I might be ridiculously naive for wishing that, since all aliens on film are incredibly strong, determined to invade Earth, and possessed of highly advanced technology that makes it easy for them to wipe us out, or at least come very close before we unleash the common cold and they all die. In Battalion, though, it looks like the common cold isn’t any help this time.

END_OF_DOCUMENT_TOKEN_TO_BE_REPLACED 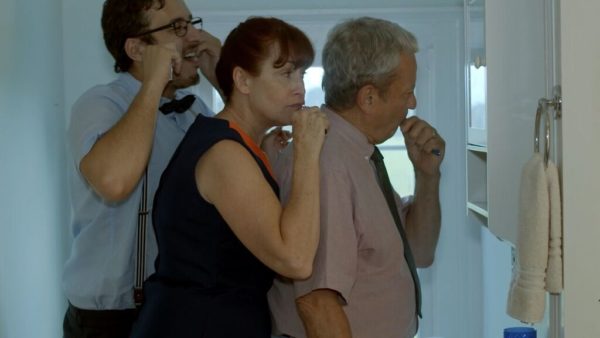 Herbert Schumacher (Nick Nerangis) hasn’t had an easy time of things these last few months. He’s been in the hospital in his small town, dying of a fast-growing brain tumor, while his son Lonnie (Darren Barzegar) and wife Evelyn (Connie Lamothe) wait anxiously for the worst to happen. The anxiety perhaps isn’t for the reason you think — Herbert is a notorious miser who’s always forced his family to live as cheaply as possible, so they’re not entirely upset at the prospect of life without him.

END_OF_DOCUMENT_TOKEN_TO_BE_REPLACED 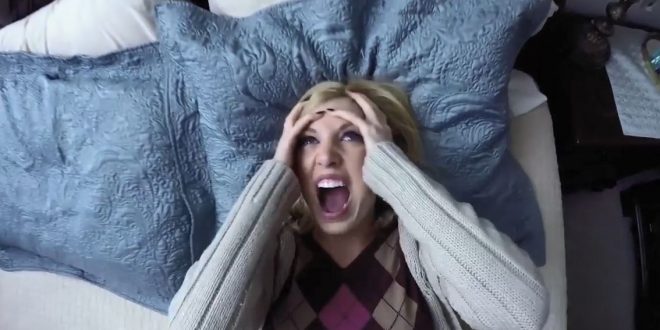 There’s an old saying about how some people eat to live, while others live to eat. And it’s true that some people will never be foodies — for me, food is really just the necessary fuel to keep me going so I can write more movie reviews. Yes, it’s nice to have a particularly well-prepared meal sometimes or indulge in a luscious piece of cheesecake, but that’s hardly a requirement. For others, though, truly good food is far more necessary, and the act of sitting down with a loved one to share a meal is a vital ritual.

END_OF_DOCUMENT_TOKEN_TO_BE_REPLACED 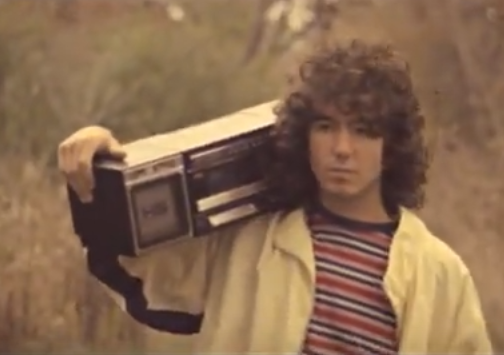 It’s so common for horror films to be set in high schools — featuring teenagers, or at least 20-somethings we can reasonably pretend are teens — that we hardly even think about it anymore, but the fact is that once we’re out of it, we tend to associate our school days with nostalgic innocence and the slow process of growing up. Of course, once you throw in a serial slasher the growing up has to happen immediately, as in the short film Paura Tutto, where one group of 1980s high school kids discovers that they may not have much chance to grow up otherwise.

END_OF_DOCUMENT_TOKEN_TO_BE_REPLACED 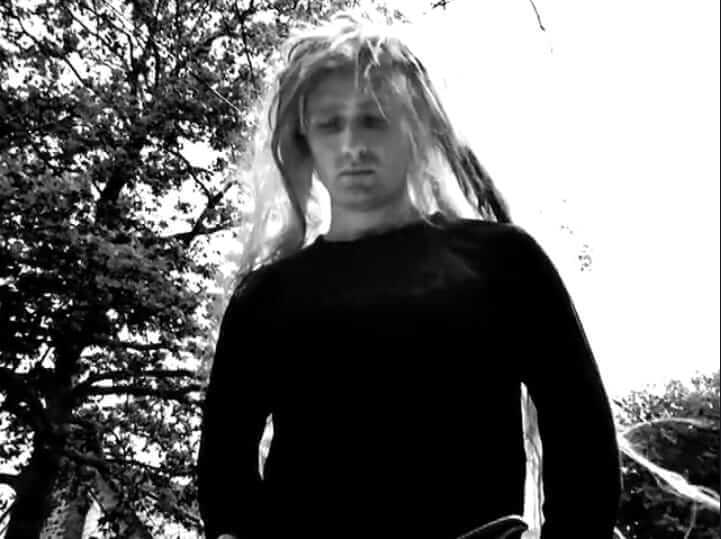 In a nameless, crime-ridden big city, one vigilante struggles to keep the peace by killing nearly everyone he meets. I suppose fewer people equals less crime, even if not necessarily per capita, but it still doesn’t seem very efficient, especially since he’s killing everyone with knives. But since said vigilante’s name is Hectic Knife (Peter Litvin) — and it really is, that’s what he was christened — it might seem awkward if he used a gun. you may have already guessed, but Hectic Knife is the latest from Troma Entertainment, creators of the cult classic Toxic Avenger.
END_OF_DOCUMENT_TOKEN_TO_BE_REPLACED 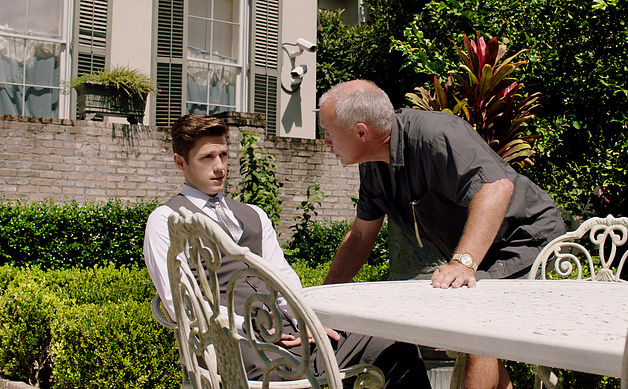 These days it’s a lot more plausible for little girls to dream big when they’re thinking of their careers. Of course they won’t all get to be astronauts or Olympic gold medalists, but it’s all right for them to think big and hopefully not take too much teasing for it. These days you can even find female movie reviewers like me. But there are still a few career paths out there that aren’t open to women no matter what, and the film Created Equal tackles one such path: becoming a Catholic priest.

END_OF_DOCUMENT_TOKEN_TO_BE_REPLACED 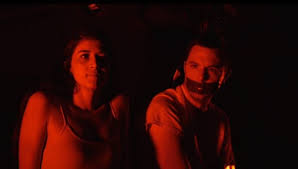 Living in a small town or out in the country can be dull for a lot of people. I grew up in the middle of nowhere, and all my friends and I talked about was getting a car and a driver’s license so we could actually get places without parental intervention. I didn’t mind it, I liked the peace and quiet, but it certainly isn’t for everyone. Take Tiffany (Krista West), for example, in the short Because Reasons. She’s so bored out of her mind that a killing spree doesn’t seem like such a bad idea.

END_OF_DOCUMENT_TOKEN_TO_BE_REPLACED 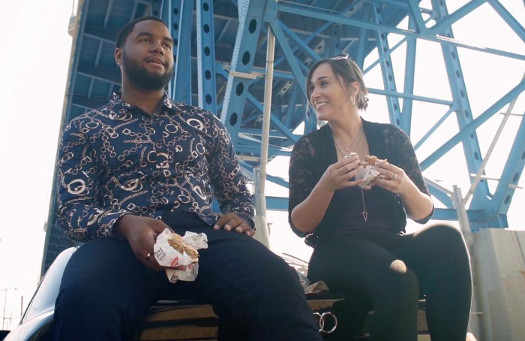 There are plenty of stories about ‘paying your dues’ to succeed in Hollywood — they’re as old as the movies themselves — and while some are genuinely funny or just odd, all too many of them are really stories of the casting couch and what women have to do to succeed. Whatever It Takes follows the journey Alicia (Robbie Barnes, Beyond Repair) takes through the City of Angels — in this case a misnomer if ever there was one — as she struggles for the fame she’s always craved.