The dinner party has long been a staple of fiction, especially of the mystery variety. Which is understandable; there’s something very grand and dramatic about getting all your suspects together to enjoy roasted sirloin with new potatoes and then having the big reveal of the killer over coffee and dessert. Of course, dinner parties can sometimes go wrong, but for a good whodunit they’re hard to beat as an impressive ending or just a useful way to get everyone together. In Murder Made Easy, longtime friends Joan (Jessica Graham, BnB Hell) and Michael (Christopher Soren Kelly) plan to use a dinner party — or more accurately a whole succession of such gatherings — as a cover for crime.


One year ago, Joan’s husband Neil died, and it’s to mark this occasion that she and Michael — a disgruntled college professor whose job may be in jeopardy — have invited some old friends over, one at a time, for dinner. You see, Joan has decided that it’s time to even some scores on her late husband’s behalf. Marcus (Edmund Lupinski), for instance, once damaged Neil’s career. Cricket (Emilia Richeson) — I’m not clear whether that’s her given name or not — did some financial damage. Fellow academic Angela (Sheila Cutchlow) may or may not have plagiarized some of Neil’s work. And Joan is convinced that her ex, wanna-be filmmaker Damien (Daniel Ahearn) is still in love with her.

When each guest arrives, he or she is properly wined and dined, though Michael and Joan must have a hard time eating anything by meal number three. In each case, however, while the food is excellent the conversation quickly becomes strained, as old wounds are reopened. But the hosts have this all planned out, and their revenge is both ruthless and thorough — though it also isn’t quite the revenge you might think. As each course unfolds and the next part of the scheme is unveiled, you won’t be entirely sure who to root for. It’s a classic, intricately plotted old-style whodunit, with motives and doubts slowly revealed as it takes us towards a twist you won’t see coming.

Each of the guests steals their scenes in their own quirky ways. Christopher Soren Kelly as Michael not only carries out the scheme with style, he gets most of the best sarcastic asides. As you might expect, Joan isn’t exactly the picture of the grieving widow, with Jessica Graham giving a performance that’s darkly fascinating in more ways than one. Our two ‘heroes’ make deviously devilish partners in crime. All in all, it’s a skewed and compelling glimpse of the secrets we hide, sometimes even from our oldest friends, and how little we really know even about the people we love. It gives you a little something to think about the next time you decide to invite your nearest and dearest over for a nice meal. 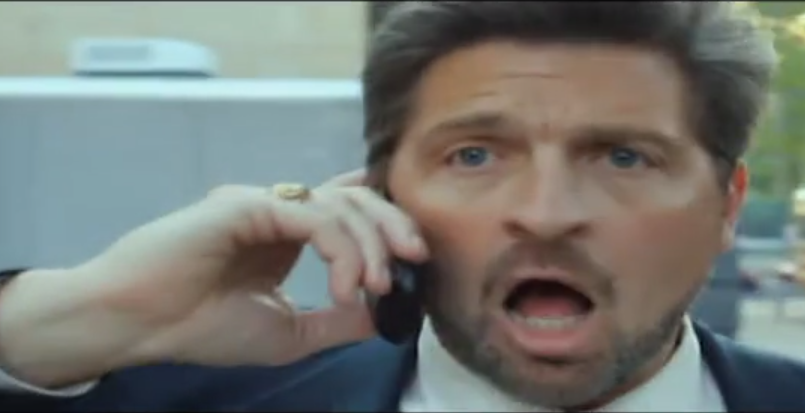