If the zombie apocalypse begins in Los Angeles, we’re all doomed.  No one would try to stop it until it was too late because any witnesses would assume that someone was making a zombie movie and ignore all the warning signs.  Even if the outbreak is contained, well, “containment” can be a very fragile thing sometimes.  It might only take one moment’s inattention — or one quick, deliberate act — to unleash the monster all over again.

In American Virus, we get a bit of a different approach to the zombie trope in that one small group, at least, seems to welcome the arrival of their zombie overlords, so to speak.  However they might have gotten involved during the initial outbreak — at just over five minutes the movie doesn’t have a lot of time for background — now that the containment has failed, some of them are way too happy about that.  This includes the de facto leaders of the group (Kathryn Eastwood and Shane Ryan), and another young woman (Tommie Vegas, Nite Nite), though troubled, is still all too willing to follow them.  The situation turns awkward, however, when some in the group decide they’ve had enough.  But it’s awfully difficult to change your mind once you’ve thrown in with the fanatics.

Unfortunately they’re far from being the first extremists to decide that what this world really needs is a good cleansing via some horrible catastrophe, natural or otherwise.  Of course, those are the same sorts of people who often assume that they’re the chosen ones who will survive no matter what, which is only one of many such logical flaws in such philosophies.  Here, though, I’m not entirely sure that surviving, at least as non-zombies, was ever part of the plan. I’d love to find out what brought this bunch together, but any movie of this length is likely to feel more like a teaser than anything else, and this one is no exception.  But it’s a very intriguing teaser, well worth a look, and hopefully indicative of good things to come from Mad Sin Cinema. 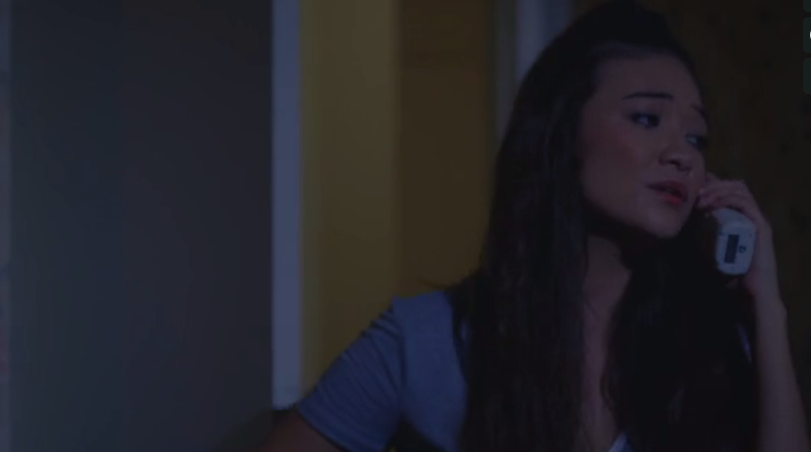 When I was little I had a magic blue rock that would keep the monsters away, because when you’re seven, you tend to take the whole monster thing pretty seriously. It’s worse when it’s the sitter looking out for you instead of mom and dad, because the sitter might not be as good at finding where the bad things are hiding. Certainly the little boy (Brady Bond) in Nite Nite (written and directed by Chad Meisenheimer) has some serious concerns about his usual bedtime ritual.